RFID has been widely adopted as an effective method for anti-counterfeiting. Legacy systems based on security protocol are either too heavy to be affordable by passive tags or suffering from various protocol-layer attacks, e.g. reverse engineering, cloning, side-channel. In this work, we present a novel anti-counterfeiting system, TagPrint, using COTS RFID tags and readers. Achieving a low-cost and offline genuineness validation utilizing passive tags has been a daunting task. Our system achieves these three goals by leveraging a few of federated tags’ fingerprints and geometric relationships. In TagPrint, we exploit a new kind of fingerprint, called phase fingerprint, extracted from the phase value of the backscattered signal, provided by the COTS RFID readers. To further solve the separation challenge, we devise a geometric solution to validate the genuineness. We have implemented a prototype of TagPrint using COTS RFID devices. The system has been tested extensively over 6,000 tags. The results show that our new fingerprint exhibits a good fitness of uniform distribution and the system achieves a surprising Equal Error Rate of 0.1% for anti-counterfeiting. 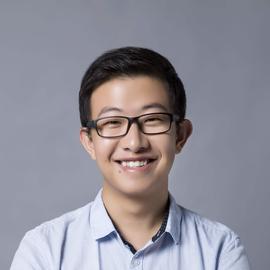 My research interests include AIoT, edge computing, and mobile security.